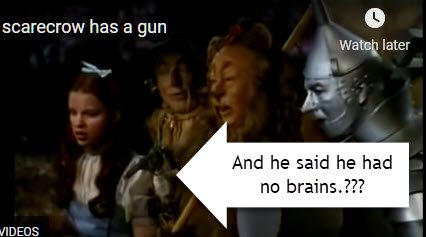 How does a weapon bring glory to God? Our weapons are mighty for the pulling down of strongholds; ours are love, laughter, and joy. Evil seeks to rob us of our joy and pleasures,  not physical pleasure. God made many of those,  but of the spiritual kind.   There is fullness of joy (complete satisfaction) in the presence of God, and our enemy does not want us to be there or to know of it.

Jesus told HIS disciples to sell their garments and buy a sword. (Luke 22:36-38). Another did the best explanation to what he meant by this, so I will not take from them, the two swords could not have been sufficient for eleven men. 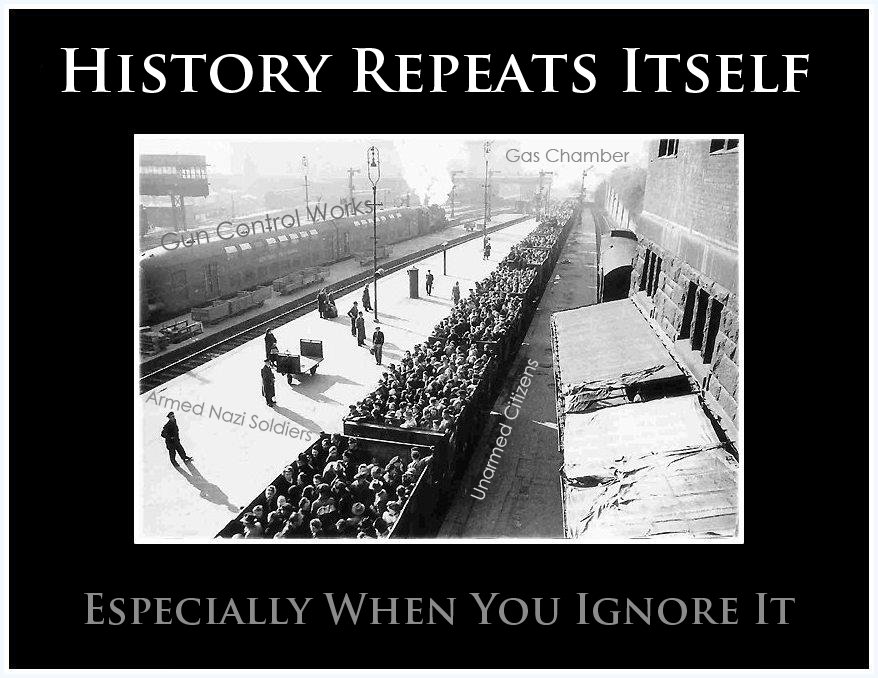 Those are unarmed peasants in that train; what if they had been readied and armed? Better yet, what if they had been equipped with the word of God and all been “Born Again” well, then the Nazis probably wouldn’t exist at all, would they? Because most of them attended Catholic schools, this is what happened. How does something so wicked like this ever happen??

The word of God was kept from their hearts and replaced by religious stoogery. The devil doesn’t like me, so I expect the same from his cohorts and ministers of righteousness transformed to protect him and deny the value of Jesus. Oddly, he was created to reveal to the congregation of angels the SON’s value! That’s why he was made with so many beautiful priceless stones.

When you carry something of great value, you want to protect it. That’s just common sense. You don’t throw your pearls to the swine,  I have the light, but I do not have the stones. They want me to give up the light while they keep the stones, and corrupt his word, in my presence,  seems to me like a very bad trade.

So this is the way they make God’s messenger serve them. They keep away the truth from others and dance with devils? As they do, they give more and more away to their enemy and equip him to put them in trains and plague them with disease and kill them as they repent without repentance by word alone. I’m Protestant wanting to win the Children of Abraham to Christ. So how does one do this with the pagan overtones found in Christianity? It is as if God is not in them at all? They want Israel to come to Christ with that in the Church sounds like an away from me message.

Christ is on HIS way, and we present HIM with a fallen America to a false religious system that has given us again a Nazi-like environment. It’s the same system with the same continual sacrifice who never learns or finds God, and neither do their followers. The blind guiding the blind.   They put on a good show, but it’s only that when it’s all said and done. It has no substance, but they did manage to get all his stones back for him. 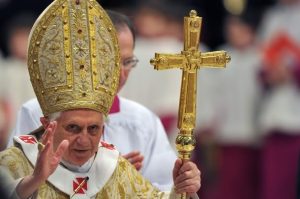 Ezekiel 28:12-16 KJV
(12)  Son of man, take up a lamentation upon the king of Tyrus, and say unto him, Thus saith the Lord GOD; Thou sealest up the sum, full of wisdom, and perfect in beauty.
(13)  Thou hast been in Eden the garden of God; every precious stone was thy covering, the sardius, topaz, and the diamond, the beryl, the onyx, and the jasper, the sapphire, the emerald, and the carbuncle, and gold: the workmanship of thy tabrets and of thy pipes was prepared in thee in the day that thou wast created.
(14)  Thou art the anointed cherub that covereth; and I have set thee so: thou wast upon the holy mountain of God; thou hast walked up and down in the midst of the stones of fire.
(15)  Thou wast perfect in thy ways from the day that thou wast created, till iniquity was found in thee.
(16)  By the multitude of thy merchandise they have filled the midst of thee with violence, and thou hast sinned: therefore I will cast thee as profane out of the mountain of God: and I will destroy thee, O covering cherub, from the midst of the stones of fire.

Who was it that filled him with violence? The older ones are the congregation of angels; some could even slay other angels in the spirit??? On earth, as it is in heaven, right??? 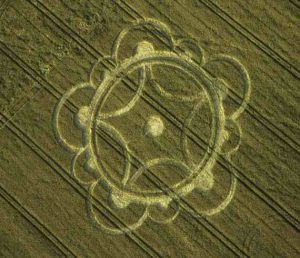 Verse 15 cannot apply to me at all. I was born into sin, and by sin, I was conceived. I am my mother’s child but not her husband’s son. Although I boast of the sequence of 5’s appearing everywhere in my life, stating 555 (15) comes before 666 (18).   I was never perfect, and clearly, we see neither was our enemy if iniquity was found in him, and how can that be if he was carrying the light?

My pastor is a great man, and I can tell he loves Jesus. His statement today in the Church was that the word says if we delight ourselves in the LORD, HE will give us the desires of our hearts. Then God tricks us because HE begins to make our hearts desire more of HIM. It’s a good trick, definitely better than the Card trick HE gave me, which is better than the not-so magic box where you go in and come out the way you went in.

The devil hates the business cards and me because it is his domain used by business people vying for status and making their names known among men. That is not the goal of the saint. Our gaol is to make their names known to God and have them written in the lamb’s book of life so that on Judgment day, they may enter into the kingdom of God.

Revelation 20:15 KJV
(15)  And whosoever was not found written in the book of life was cast into the lake of fire.

My son sent me a link showing the scarecrow may have had more brains than most American’s do; he was carrying a gun.   No one remembers that he did. I even watched the movie again to make sure it was not photoshopped. This was one of the scariest movies of my childhood. But there it was, the gun,  kind of like the word of God the important parts jump out at us when we need them the most.

I have said that in the tribulation, they will force people to take a mark (RFID) in their hands and in their foreheads. The medical industry is leaning that way brought to you by those who made Latin necessary to have a higher education. Considering themselves wise, they became fools. I say when they come for you and the Church is gone killing them who have taken it,  will dispatch them to hell and prevent another from being forced to take it. Hell is the place they chose; we gave them ample warning and visual evidence of another world in existence with ours. We have been and are warning them not to take it.

It has been thousands of years of warnings.

Revelation 19:20 KJV
(20)  And the beast was taken, and with him the false prophet that wrought miracles before him, with which he deceived them that had received the mark of the beast, and them that worshipped his image. These both were cast alive into a lake of fire burning with brimstone.

Revelation 20:4 KJV
(4)  And I saw thrones, and they sat upon them, and judgment was given unto them: and I saw the souls of them that were beheaded for the witness of Jesus, and for the word of God, and which had not worshipped the beast, neither his image, neither had received his mark upon their foreheads, or in their hands; and they lived and reigned with Christ a thousand years.

The Magic Box vs the Card Trick

It’s Just Not Fair Father they have so much and we have so little :) Like Gideon!

Scroll to Top
Built by Man - LOLIn God's house there are many Mansions. 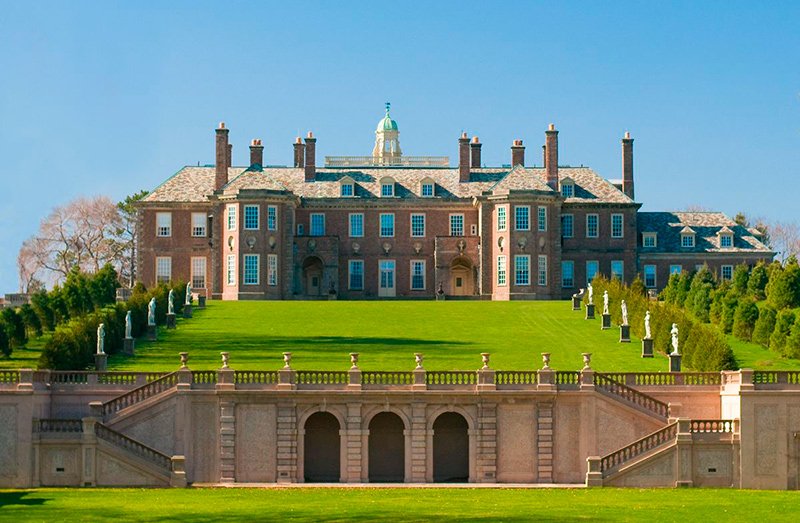 John 14:2  In my Father's house are many mansions: if it were not so, I would have told you. I go to prepare a place for you.

Are you staying for Nazi Germany two with Bonus Inquisition or coming Home to be With JES-US?
This site tells you what God expects from us and to Prepare the Way
I'm just one voice but I could be many!